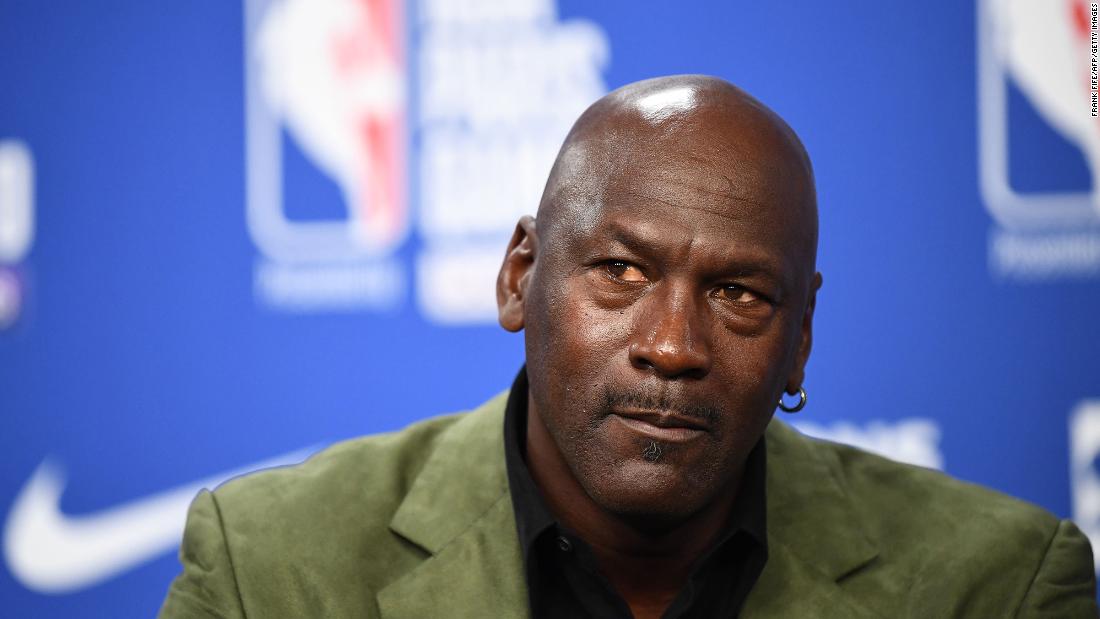 Michael Jordan and Jordan Brand donate $2.5 million to three organizations to combat Black voter suppressionChat with us in Facebook Messenger. Find out what’s happening in the world as it unfolds. Michael Jordan and the Jordan Brand have made a $100 million pledge to fight systemic racism.Michael Jordan and the Jordan Brand are donating $2.5 million toward fighting Black voter suppression.One million dollars is being donated to the NAACP Legal Defense and Educational Fund Inc. and $1 million to the Formerly Incarcerated and Convicted People and Families Movement. The Black Voters Matter organization will receive $500,000, according to a statement by the Jordan Brand.The commitment is part of a $100 million, 10-year pledge that Jordan and the Jordan Brand announced on June 5 to “impact the fight against systemic racism.” The pledge focuses on three areas: social justice, economic justice, and education and awareness.Michael Jordan game-worn sneakers tipped to fetch over $500,000 at auction”We understand that one of the main ways we can change systemic racism is at the polls,” Jordan said in a statement. “We know it will take time for us to create the change we want to see, but we are working quickly to take action for the Black Community’s voice to be heard.”The organizations were chosen based on their ability to create an immediate impact and to “support reformative practices that drive real change in the Black community,” the statement said.”The $100 million commitment was just the start,” Jordan Brand president Craig Williams said. “We are moving from commitment to action. Our initial partners can directly impact the social and political well-being of the Black community. We will have a disciplined focus on social justice, economic justice and education, as the most effective ways for us to eliminate the systemic racism that remains in society.”The statement said that the three organizations will focus on cities and states where Black people are, relative to their share of the overall population, underrepresented in voter registration and turnout numbers.