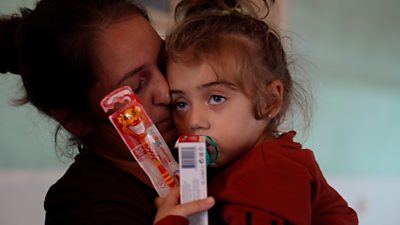 Three-year-old Hadija is now an orphan. Her mum, dad and older sister were killed in a missile strike by Armenian forces on their house.

Armenia and Azerbaijain are fighting a war for control of the disputed region of Nagorno-Karabakh.

But civilians on both sides are also caught up in the conflict.