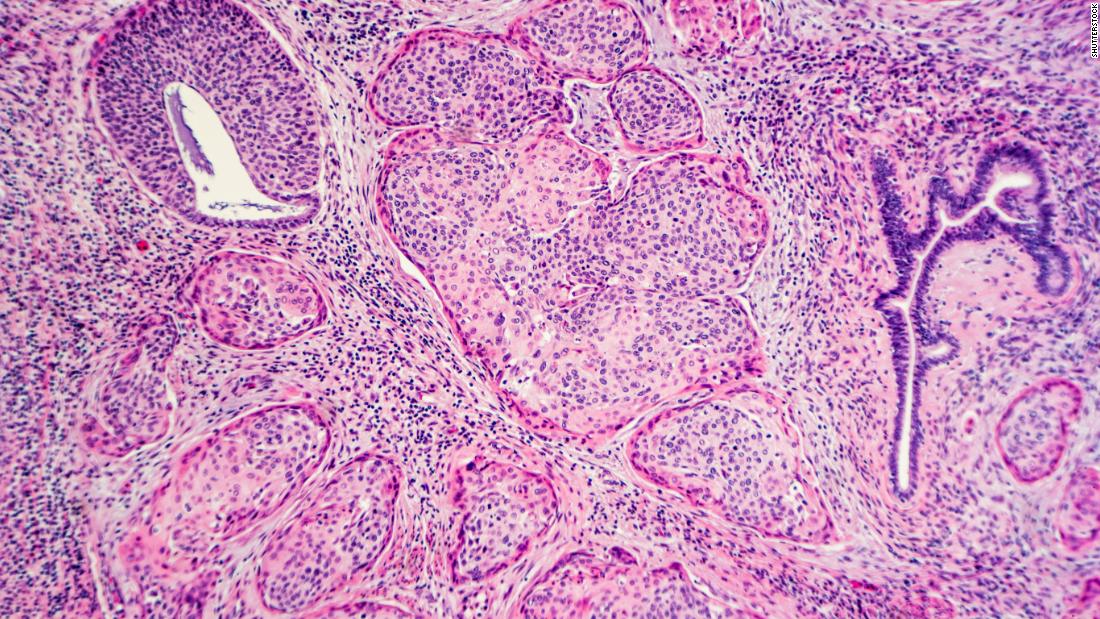 American Cancer Society now recommends cervical cancer screening start at 25, not 21Chat with us in Facebook Messenger. Find out what’s happening in the world as it unfolds. What you should do to prevent HPVWhat you should do to prevent HPV Individuals with a cervix are now recommended to start cervical cancers screening at 25 and continue through age 65, with the primary human papillomavirus (HPV) testing every five years as the preferred method of testing, according to a new guideline released Thursday by the American Cancer Society. To lower your cancer risk, move more and skip the cocktails and steaks, guidelines sayThe cervical cancer screening recommendations say that HPV testing in combination with a Pap test — also known as co-testing– every five years or a Pap test alone every three years are still acceptable options as not all laboratories have transitioned to the primary HPV testing. The updated guideline appears in the ACS’s journal CA: A Cancer Journal for Clinician.The ACS last updated its guideline in 2012 and recommended to start screening at age 21. In a statement, the organization explained that the decision to raise the age for cervical cancer screenings is due to new data that suggests vaccination has led to a drop in rates of precancerous cervical changes, which are the precursors to cancer. Too much sitting raises your risk for cancer, study findsCervical cancer is low in the 20 to 24 year age group, and the numbers are expected to decrease as vaccine use increases, according to the ACS.Debbie Saslow, the managing director of HPV & GYN Cancers for the ACS said the new “streamlined recommendations can improve compliance and reduce potential harms.” “They are made possible by some important developments that have allowed us to transform our approach to cervical cancer screening, primarily a deeper understanding of the role of HPV and the development of tools to address it,” Saslow said in a press release. Individuals who are 65 and older and have had an adequate negative result in prior screening can stop getting screened. Those with a hysterectomy can also discontinue screening after two consecutive negative HPV tests, two negative co-tests, or three negative Pap tests done within the past 10 years — with the most recent having occurred in the past three to five years. The ACS recommended that individuals who don’t have documentation of prior screening should continue getting screened until they have met this criteria.TV reporter discovers she has cancer after a viewer noticed a suspicious lump on her neckAccording to the ACS, an HPV test is more accurate than the Pap test, and getting one every five years can reduce the risk of cervical cancer more effectively than a Pap test done every three. “We estimate that compared with the currently recommended strategy of cytology (Pap testing) alone beginning at age 21 and switching to cotesting at age 30 years, starting with primary HPV testing at age 25 will prevent 13% more cervical cancers and 7% more cervical cancer deaths,” Saslow said. “Our model showed we could do that with a 9% increase in follow-up procedures, but with 45% fewer tests required overall.”Sign up here to get The Results Are In with Dr. Sanjay Gupta every Tuesday from the CNN Health team.All ACS guidelines on cancer screening are created by a group of 11 clinicians and population health care professionals as well as one patient advocate.Dr. Alexi Wright, director of gynecologic oncology and outcomes research at Dana-Farber Dana-Farber Cancer Institute in Boston, said ACS’s screening guidelines “are an important step in defining who should be screened –and how– to improve outcomes.” “Cervical cancer could be eradicated within our lifetime in the United States if we do it right. It requires increasing HPV vaccination rates, regular screening, early diagnosis, and new therapeutics. But the most critical steps are boosting vaccine rates and screening.”