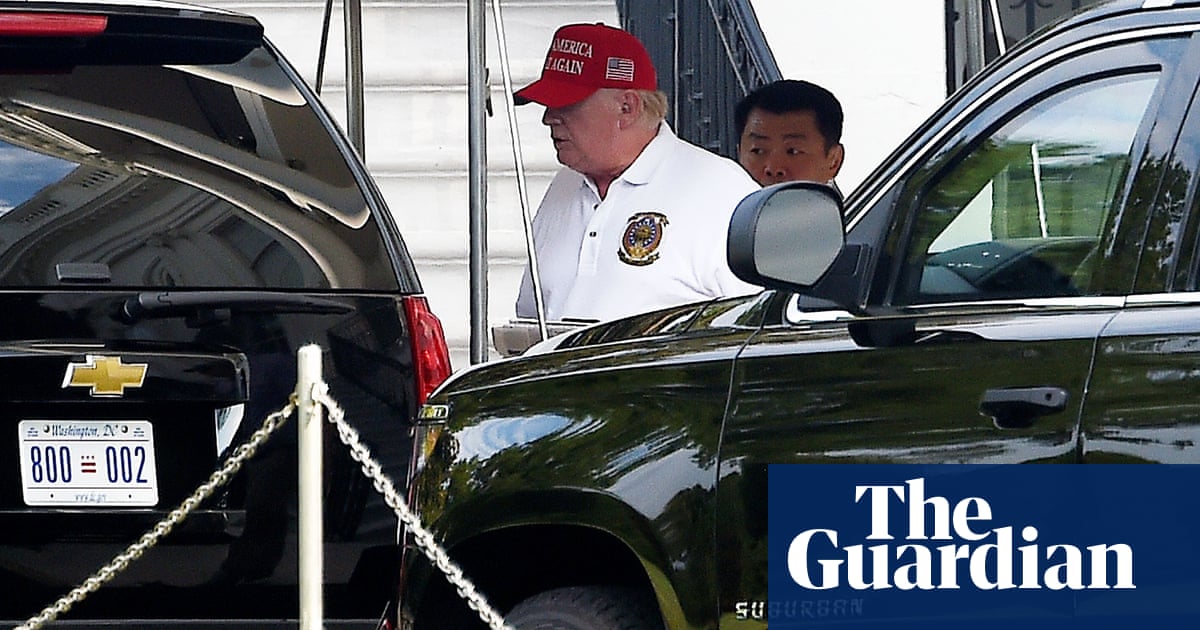 Donald Trump prompted a familiar barrage of criticism on Saturday by visiting one of his own golf clubs as the country remains caught in numerous intensifying crises, from the raging coronavirus epidemic to anti-racism protests to the failure to extend benefits to tens of millions of jobless Americans.

Trump arrived at his Virginia golf club in the morning, according to a report from the White House pool, after leaving Washington via motorcade and dressed in his usual golfing attire of a baseball cap and a polo shirt.

CNN, which tallies Trump trips to his golf clubs, reported that the visit was Trump’s 283th trip to a golf course while in office and his 376th day at a Trump property.

In the 2016 campaign, and before, Trump often lambasted then president Barack Obama for his visits to the golf course and claimed that he would be too busy to play the sport if he was president. Since taking office, Trump’s visits to golf courses have far outpaced those of Obama.

Trump’s latest visit comes as the death toll in the US from the coronavirus tops 153,000 with more than 4.5 million positive cases – by far the largest totals in the world. It also happens as Washington fails to agree on an extension to a vital $600 weekly payment to jobless Americans – who will now lose that benefit.

The visit triggered much online criticism, including from some anti-Trump Republicans.

“I’m glad he’s playing golf. I’d pay him to play golf for the rest of his Presidency. The country would be much safer and much better off if all he did was golf for the next 5-6 months,” tweeted Joe Walsh, a former Republican congressman who ran a brief and unsuccessful bid to oust Trump as the party’s nominee in the 2020 election.