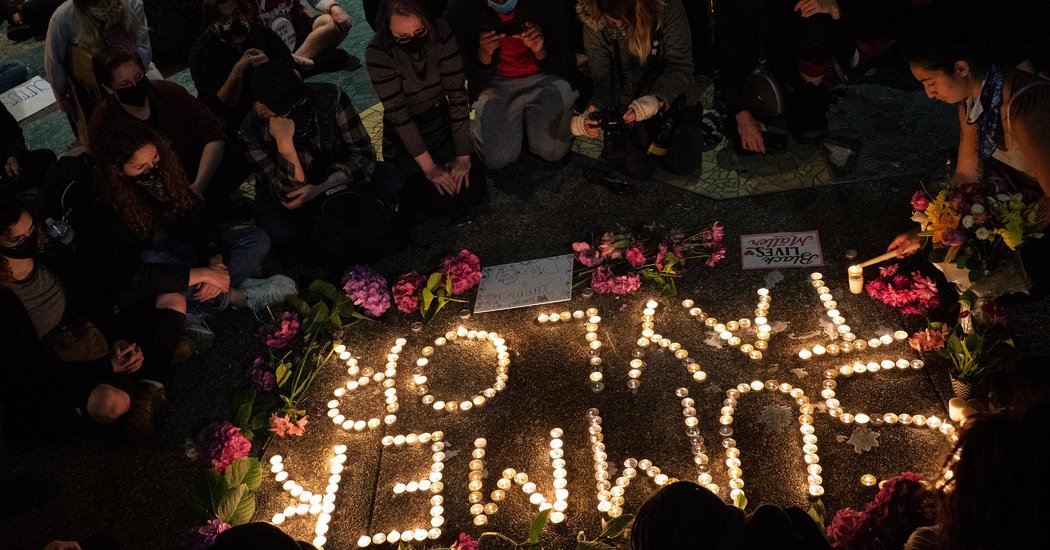 The driver of a red Toyota first stopped, then unexpectedly accelerated into a crowd of dispersing demonstrators in Bloomington, Ind., on Monday night, injuring two of them in the latest of a disturbing rash of vehicular attacks targeting protesters.

The demonstration, inspired by the Black Lives Matter movement, had sent several hundred people marching through the college town, demanding the arrest of a small group of men who had threatened a Black civil rights activist.

Dramatic video footage of the attack showed a woman clinging to the car’s hood and a man clutching the driver’s door handle as the vehicle zoomed forward. The police were still searching for the hit-and-run driver on Tuesday.

“It was terrifying,” said Rachel Glago, 28, whose friend, she said, had jumped onto the hood to avoid being run over. “I wanted to stop the car, I wanted to help her, I was screaming, I could hear other people screaming.”