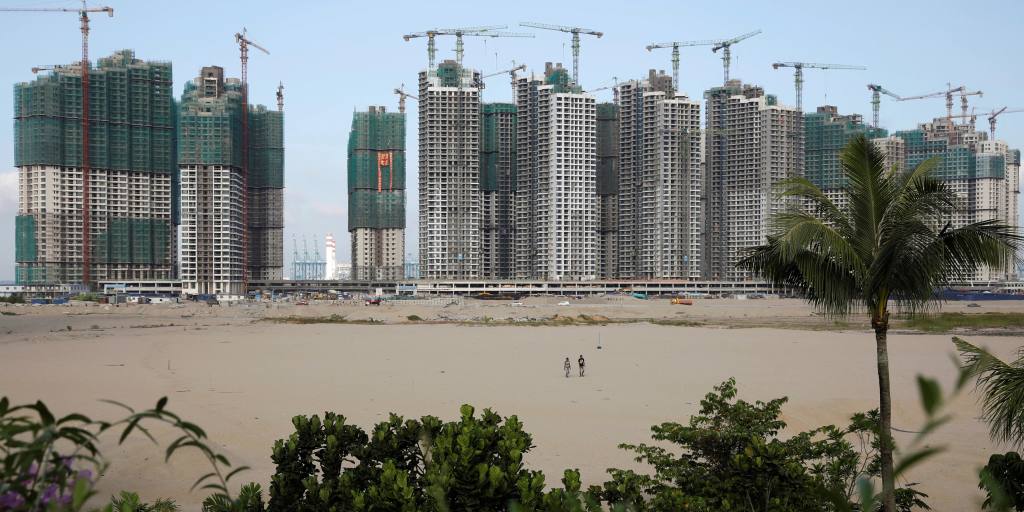 KUALA LUMPUR — Fallout from the coronavirus pandemic appears likely to delay the Chinese-backed $100 billion megacity being developed in Malaysia off the coast of Singapore.

Built and financed largely by Chinese interests, the four-island integrated city in the Malaysian state of Johor is struggling to market property products to core investors in China and Singapore.

A member of the Forest City sales team told the Nikkei Asian Review that development of the project has slowed dramatically and that it is having trouble in attracting buyers due to the economic downturn brought on by the pandemic.

“Before coronavirus, the sales showroom is always crowded and sales were very positive, even some phases were sold out,” the Forest City source said. “But since March, sales have dropped over 90% with typically no visitors.”

Potential foreign buyers who had been expressing interest before the onset of the pandemic had turned cautious amid the dramatic change in economic conditions since March, the person added.

A mix of residential, leisure, commercial, and industrial spaces, Forest City will also include its own customs facility enabling residents who work in Singapore to commute back and forth on a daily basis.

“Located next to Singapore, Forest City will play a part in Singapore’s development, allowing residents to enjoy the conveniences of big-city Singapore along with the relatively cheaper cost of living in Malaysia,” states Country Garden on the Forest City sales website.

Up until the end of 2019, Forest City had handed over residential keys for only 15,000 units — still well short of the planned 700,000 residents expected to be living in Forest City upon completion of the fourth island in 2035.

Of the project’s eight development phases, only the first phase has been completed, with work under way on the second phase.

According to the Forest City source, reclamation works for the project’s second island have slowed down considerably due to the various shutdown measures imposed by the Malaysian federal government since March.

“The project has always received special treatment from the federal and state governments because of its connection to the Sultan,” said the Forest City source.

In response to questions put by Nikkei, Forest City said the first island was already fully occupied and thriving, with a five-star hotel, an industrialised building system (IBS) plant, as well as an international school and commercial areas with over 100 retail tenants.

Via partnerships with Chinese telecommunications giant Huawei Technologies, Forest City is also expected to include a closed-loop Internet of Things network enabling data collection, data analysis and a range of business applications.

Forest City also highlighted its contribution to the Malaysian economy since its establishment in 2012.

“To date, Forest City has poured more than RM17 billion (approximately $4 billion) into the development of the local community,” the company said.

Besides giving contracts worth RM1.6 billion ($374 million) to local companies, the project has also contributed over RM300 million ($70.2 million) in taxes to the Malaysian government and Johor state government.

According to Singapore investment bank UOB-Kay Hian, most property developers will put a brake on launches this year as they try to focus on clearing stock.

In a post-coronavirus economic stimulus plan, the Malaysian government has re-introduced a home ownership campaign, which would ease the acquisition of residential properties with financial assistance from the tax agencies and banks.

That means the decline in property sales in Malaysia for the second half of 2020 will be less severe, UOB Kay Hian pointed out

“Based on our channel checks, most developers have started to receive strong enquiries from potential buyers, particularly in the primary property segment,” the bank said.